The Prairie Dog Repeater Association (PDRA) was established in the summer of 1973.  The goal of this organization was to install an amateur 2 meter repeater in Yankton, SD.  The PDRA was initially made up of several Prairie Dog Amateur Radio Club (PDARC) members who were interested in 2 meter FM communications. They were:

Ed Nelson was a friend of Darrell Radek who was the superintendent of the Human Services Center north of Yankton. A meeting was held with Darrell and permission was granted for the PDRA to install a repeater on the water tower at HSC.

Application for the repeater license was submitted to the FCC in October of 1973.  The repeater would have a 146.250 MHz input receive frequency, and 146.850 MHz transmit frequency.

The repeater system was made up from a Motorola T-43 VHF mobile business band unit provided by Bill, K0WIU. This was a tube type radio which used a 6146 in the transmitter final and provided 30 watts of RF output. Because this radio was used in the 152 MHz business band, it was necessary to modify both the transmitter and the receiver for operation n the 146 MHz amateur band.

The antennas were two Cush-Craft 2 meter Ringo antennas, and transmission line was RG-8 foam (9213). The antennas and coax were provided by Chuck, K0KXR. No cavities were used; too expensive. One Ringo antenna was mounted on top of the water tower and was used for transmitting and one antenna for receiving was placed up side down below the water on one of the tower’s horizontal girders. This setup worked reasonably well with the transmitter running about 15 watts. De-sense did not appear to be a serious problem at this low power level.

The construction of the repeater was a joint effort of the following:

A PDRA 2 Meter net was soon started.  Regular stations checking into the net, other than those mentioned above, were:

We were well pleased with the coverage that this modest repeater had. Mobile coverage was good in Vermillion to the east and Tyndall to the west.  Good coverage for 30-50 miles with 15-25 watt base stations.

Plans were put into place to obtain a 4-cavity duplexer from WACOM in hopes of being able to increase the transmitter power to 30 watts and use a single antenna.

Over time the Vermillion Repeater on 147.375 was linked with the Yankton Repeater.  By the early 2000’s after working well for years the repeaters fell into dis-repair and the link stopped working and eventually the repeaters did not work well.  In 2009 Ed W0SD installed a Micor Repeater at Yankton and Vermillion.  He was assisted by some of the PDARC members.  They were not linked.  In 2014 and especially in 2015 the Yankton Repeater developed repeater problems.

In November of 2014 the PDARC approved taking over the Norwegian Hill Repeater.  In January of 2015 a PDARC repeater committee was formed chaired by Bruce K8UDH.

On Friday April 3, 2015 Vermillion Repeater was taken off the air as we lost our site on the Vermillion Water tower. 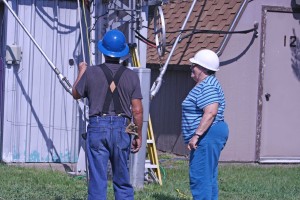 On Wednesday May 26th 2015 at the Yankton .85 site a new antenna was instialled and a yagi aimed at NWH was installed and fed with 7/8″ heiliax   The yagi toward Vermillion was changed to 1/2″ heliax.

Saturday May 30th 2015 the UHF link went on the air at Yankton so NWH and Yankton were linked. 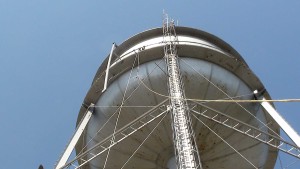 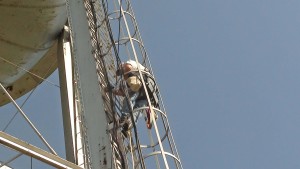 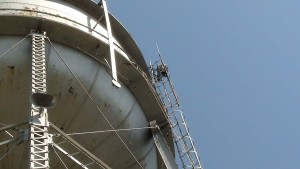 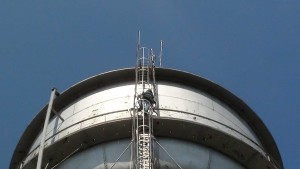 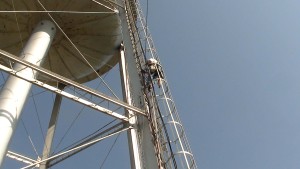 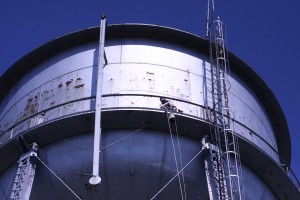 Saturday May 30th 2015 UHF link went on the air at Yankton so NWH and Yankton are linked.

Summer of 2020 the Yankton repeater was moved to NAPA Junction after the State of SD decided to demolish the old water tower at the Human Services Center.